The 2021 season is finished.  In spite of the COVID restrictions it was a successful season.  Thanks to all of the members, parents and volunteers.

We're getting ready for the new in 2022 season.  The Board of Alameda Junior Golf negotiated with Greenway Golf over how to handle our tournaments.  The good news is that we will have a tournament season in 2022!  Look for news and a tournament schedule in the March/April timeframe. 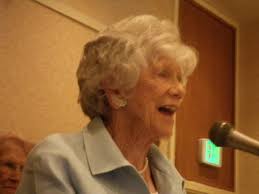 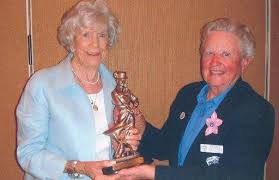 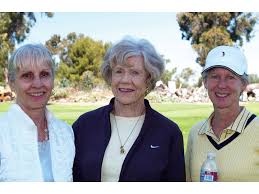 Norma was the first woman to be appointed to the Alameda Golf Commission serving during the years 1978-1986. Her creation of the tree beautification program has maintained the beauty and ambience of the Chuck Corica Golf Complex for future generations to enjoy. Norma's involvement for the youth of Alameda was her untiring efforts towards the promotion of junior golf. Her devotion and dedication was born for the love of the game, its players, and the entire community. For all of this, the City of Alameda is forever grateful. 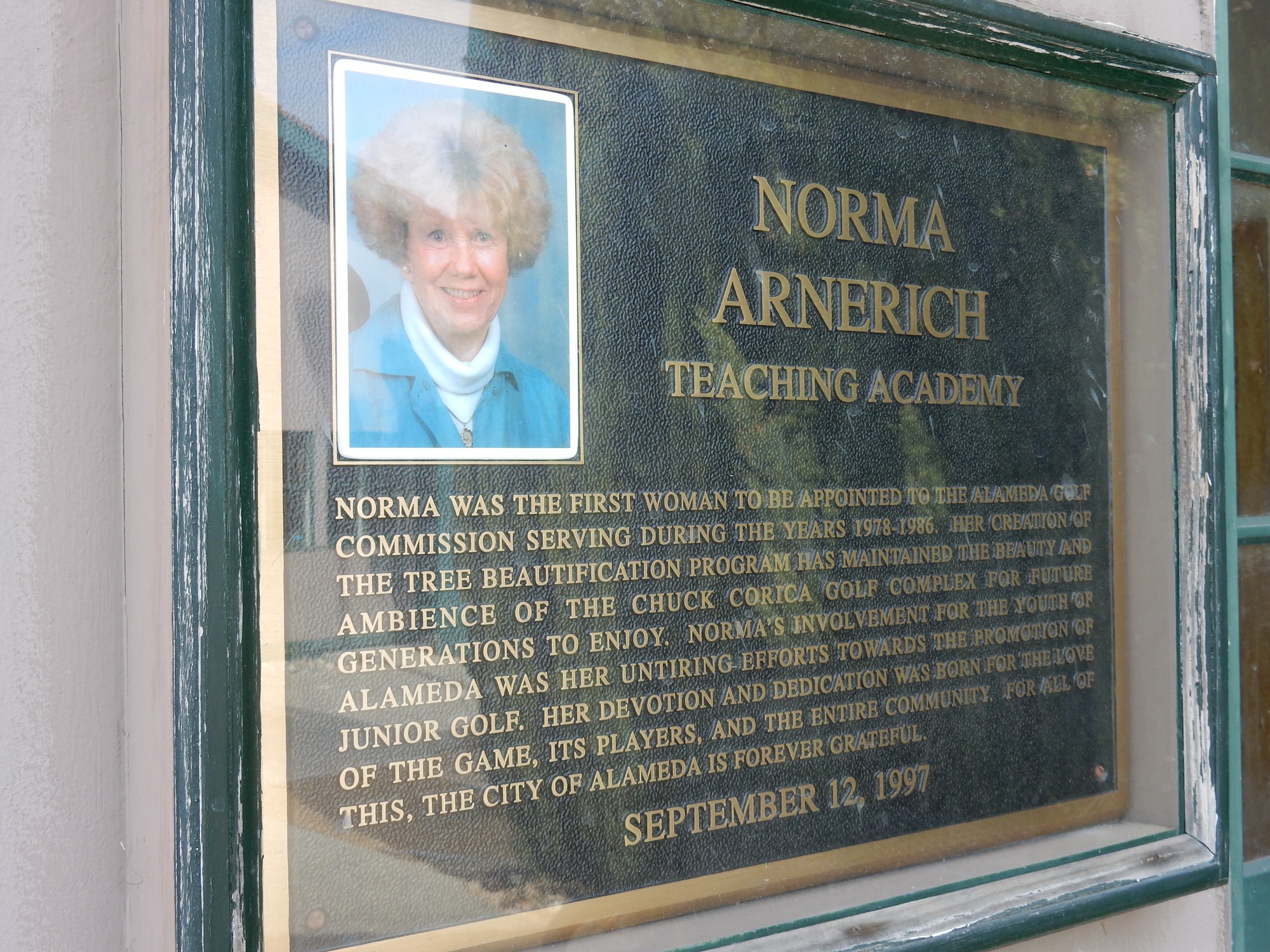 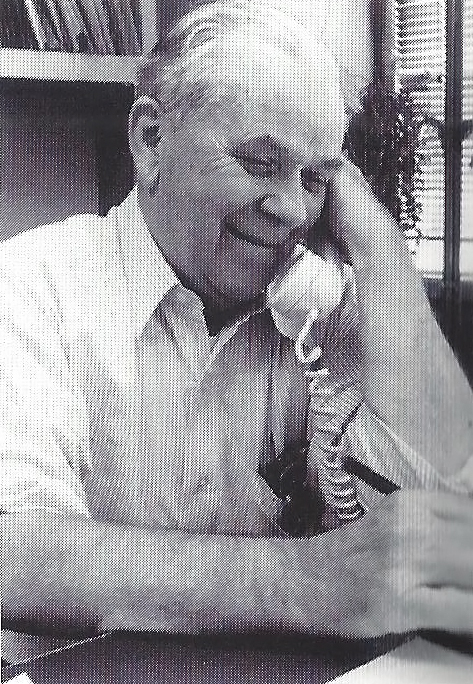 Jack Clark was a sports editor for the Alameda Times Star, the paper of record for Alameda before the Sun or the Journal.   He wrote everything from pro sports to Washington Park little leagues. Worked there 62 years!  He wrote many columns in support of the golf course (even though he wasn't a golfer) and youth sports in general.
The South Course at Corica Park is named for Jack Clark.  The plaque at the Golf Course reads:
This Golf Course is dedicated to a man who as sports editor of the Alameda Times Star and as a quiet gentleman contributed so much to the City of Alameda by encouraging people of all ages to participate in sports, his untiring and unselfish efforts particularly in the promotion of the great game of golf, has made Alameda a better community in which to live.  From the citizens of Alameda, May 28, 1976 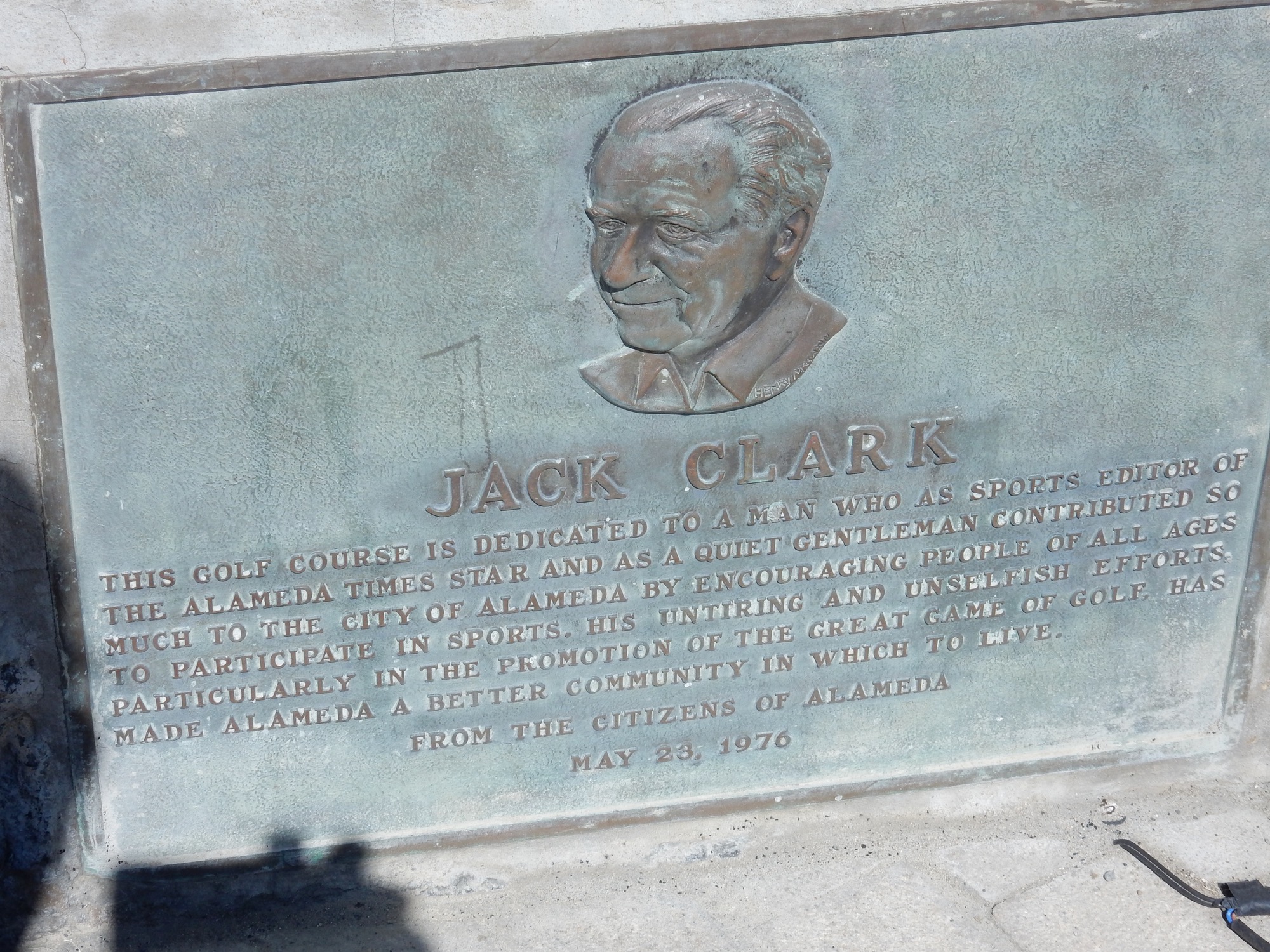 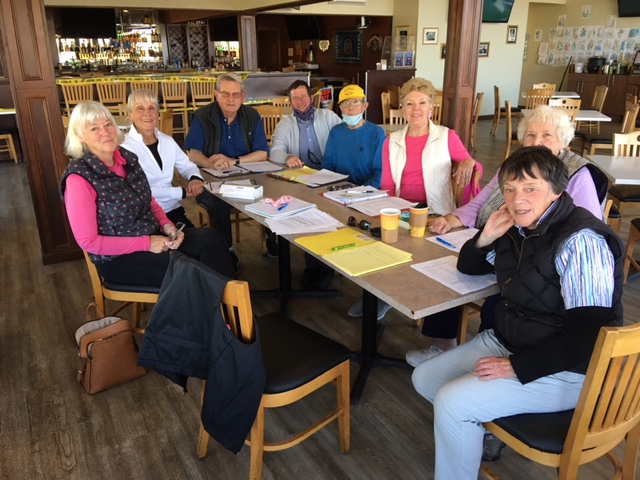 Rules:
The amount of monies awarded for scholarship is based on the AJGA budget each year.  Scholarships are generally available for each of an awardee’s for years in college, providing that such person carries a full load of courses each semester, and that he/she remains eligible in good standing with their college.

Notifications to AJGA Club members who are eligible high school seniors, will go out (along with a blank application form) in mid-May of the student golfer’s year of graduation.  Those who then respond to that notification of eligibility for the initial 1st year scholarship must then return their completed application to AJGA by the end of June.

AJGA notifications to those college students who had received AJGA scholarships the previous year, will go out in July and re-applications must be returned to AJGA no later than September 15th.

Along with regular scholarships, at the descretion of the Board, a special award, one time only $300, in memory of Jack Clark and Norma Arnerich.

AJGA’s Scholarship Committee reviews the applications which are then subsequently voted upon by the AJGA Board of Directors.  Checks are generally mailed out in late-September or early-October.

The following scholarship eligibility guidelines are taken into consideration:

a. Playing in a Northern California Junior Golf Association (NCJGA) tournament.
b. Working at a paid-employment summer job.
c. Playing in the East Bay Junior Golf Tournament, can also be credited to satisfy the above #5 guideline.

The above guidelines apply to the years in which a Scholarship Applicant has been an active dues-paying member of the Alameda Junior Golf Club.